Smoke billows after an Israeli naval attack on the beach in Gaza City that killed four boys 16 July 2014. Four boys died on the spot during an Israeli naval bombardment in the port of Gaza, a fifth boy died shortly after the attack in hospital. Israel stepped up its attacks on 16 July by bombing the homes of Hamas leaders after the Islamist movement rejected a truce proposal and instead launched dozens more rockets into Israel.(Photo by Heidi Levine/Sipa Pressl). 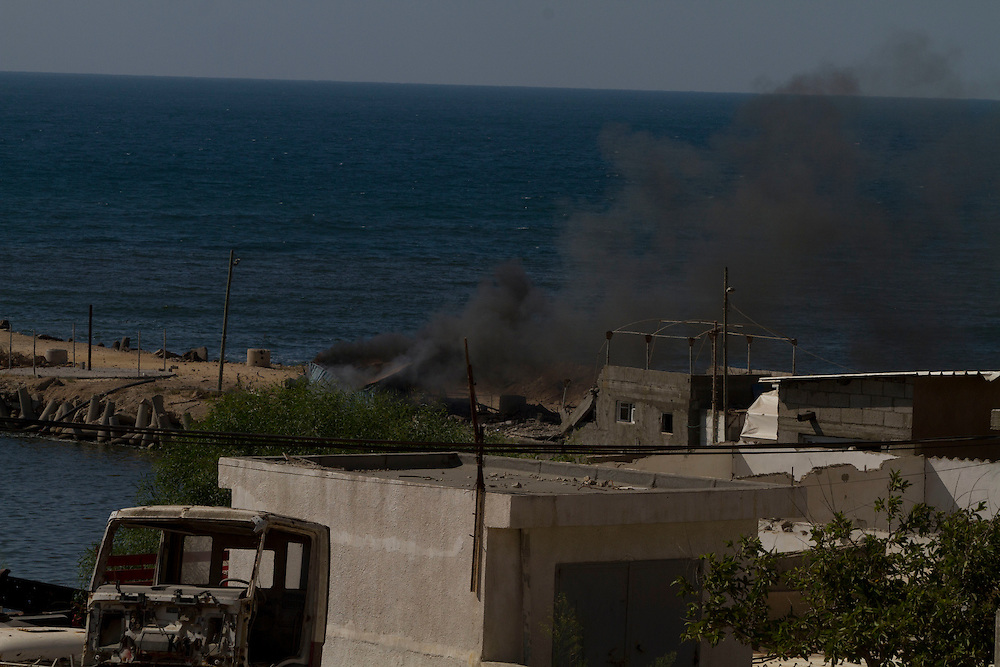