A Palestinian masked Hamas man stands on a sand dike that has been built in the still flooded area of Nafak Street in Gaza City's Sheik Radwan neighborhood, close to a rainwater reservoir December 18,2013 as relief efforts are underway to drain the area . More than 5,000 People were evacuated from their homes during heavy rains last weekend that flooded many areas of the Gaza Strip . Palestinian Hamas police and other civilians are still using boats to shuttle supplies back and forth to the families that stayed in their homes. A lack of fuel has slowed the rescue efforts in Gaza and its only power station just only received a shipment of industrial fuel paid by Qatar on Sunday .(Photo by Heidi Levine/Sipa Press). 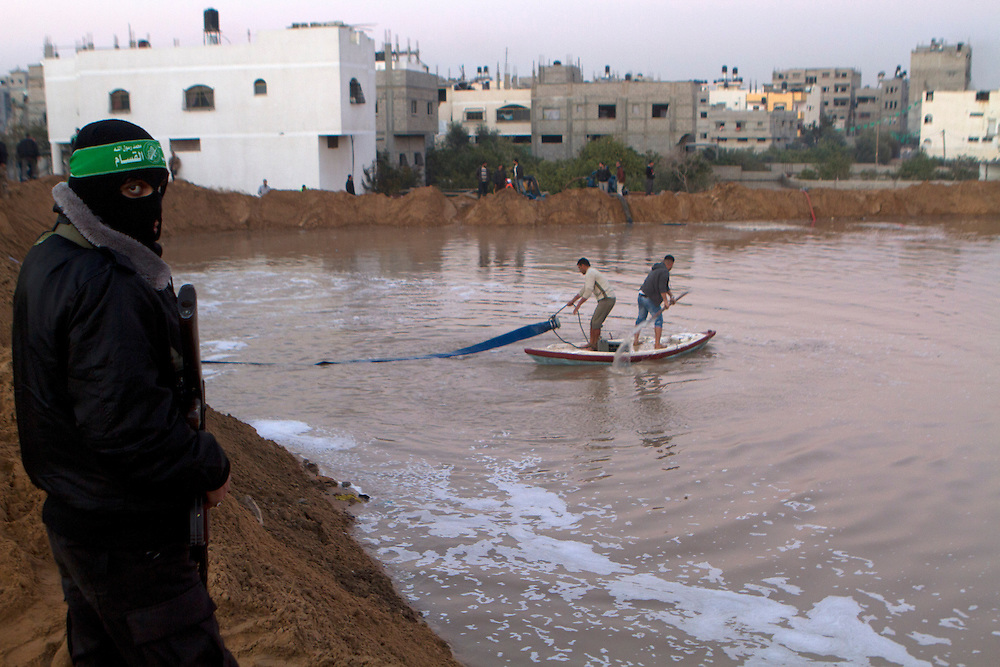